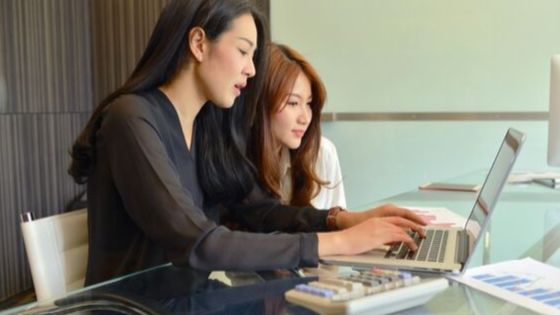 Why Isn't Singapore the Best APAC Country for Women in Fintech?

Fintech, a tech-driven industry devoted to making financial activities more accessible to consumers, is one of the fastest growing industries in the world. Many fintech hubs are located in Asia Pacific, with millions of dollars in global VC deals taking place in Singapore, Japan, Australia, Hong Kong and more. Nonetheless, fintech is an especially difficult field for women to break into, especially in countries with a large gender gap. So how does Singapore compare to its neighbouring regions?

‍Singapore Ranks 2nd for Women in Fintech, Below Australia

For some, Singapore's overall ranking may come as a surprise. The nation has the strongest fintech market in the region, with top ratings in tech readiness and ease of doing business, a high concentration of fintech start-ups (180.17 E -06 per capita), and an incredible US$453 million in fintech investments this year alone. In both strength of current fintech and business climate, Singapore outranks Australia. However, a few notable factors detract from Singapore's overall score; the remarkably high cost of living and a growing gender wage gap.

Before continuing, it's important to mention that Singapore in broader context does not stand out for inequality. In fact, it ranked higher for women's success and advancement than most other APAC countries. However, the remaining gap in gender parity may be one of the only factors holding back Singapore from being the best fintech country for women overall. For example, Singapore's gender wage gap increased in 2018, with especially large gap increases in finance and information & communications–two of the nation's highest paying industries. Furthermore, women make up 85% of employees earning less than S$2,000/month, another indicator of wage disparity.

Nonetheless, Singapore provides other benefits for women that make an impact. A recent study ranked Singapore as the safest country in Asia-Pacific for women. This research took into consideration the Human Development Index, Global Peace Index and number of legal protections against crimes commonly committed against women. Ultimately, Singaporean women have comparatively higher equal-opportunity protections and access to contraception, sexual education and family planning. These factors certainly play a role into the overall lifestyle of a woman seeking advancement in Singapore, boosting the nation's appeal.

Another indicator of women's potential in Singapore is found simply by looking to the current government. In 2017, the nation's first female president–Halimah Yacob-was elected without opposition. Not only does this leadership provide greater female representation, it also breaks the mould for women's advancement. While the broadening wage gap is still worrisome, the rising impact of ambitious women may signal improvement to come.

How Can Singapore Attract More Women to Fintech?

Ultimately, Singapore is one of Asia-Pacific's foremost leaders in fintech, but is still on a journey to fully support women seeking advancement. As fintech startups across the region struggle with industry talent shortages, it may be worth improving conditions for women already within the country. Singapore, more specifically, may be better able to meet its goal of filling 1,000 fintech jobs per year by offering women more attractive wages. Updating the current education system and tackling immigration policies may also be effective, but require significant time and resources.